The new models from Panasonic (S1 and S1R) are really making an impression in the full-frame mirrorless cameras. We all know that for the last decade, Panasonic has only been making cameras that features the Four Thirds sensor. This sensor comes with plenty of benefits and its size, price and speed were the main reasons for using it on 30 new Panasonic G cameras.

The full-frame design of the new models is a bit surprising and Panasonic is ensuring us that both the S series and G series are going to exist altogether, even though the G series is still going to address to the enthusiasts out there whereas the S series is going to work better for the professionals.

Even though it’s just a development announcement, we’re expecting for the new model to come with weather-sealing build, dual image stabilization, 2 memory card slots and even 4K video recording at 60p.

Panasonic S1R- what’s to say about the design and handling?

We all know that Nikon has been trying a lot to reduce the size of the camera in the case of the recently announced Z6 and Z7, but Panasonic decided to do quite the opposite. This is why the S1 and S1 R are going to sit on the big, chunky and cold side.

It’s expected for the new model to have some weight and heft to it, which is only going to make it more attractive to the professional photographers.

Loaded with buttons and dials, we’re expecting an easy access to all settings, but also a fast menu to combine several setting together. It’s very likely that the new model is going to operate pretty similar to the more advanced cameras within the G series.

Truth be told, the S1 is just like a bigger G9- it looks and feel like one and features the DSLR-like shape and design. It even features a centralized viewfinder on the top plate.

Probably the new model is going to come with a higher resolution, when compared to the Nikon Z series or Canon EOS R Camera.

What features is the Panasonic S1R going to have?

Even though not all specifications in Panasonic S1 and S1R are confirmed just yet, we do expect some attractive features that any pro videographer or photographer is going to enjoy.

If the higher resolution of S1R is going to make many stills photographers really happy, the lower resolution S1 is going to please the video shooters. The 4K video recording at 60p is also in the books and that’s quite new for the full-frame market.

Unlike its competitors (Canon and Nikon), Panasonic is going to include 2 memory card slots in both S1 and S1R. 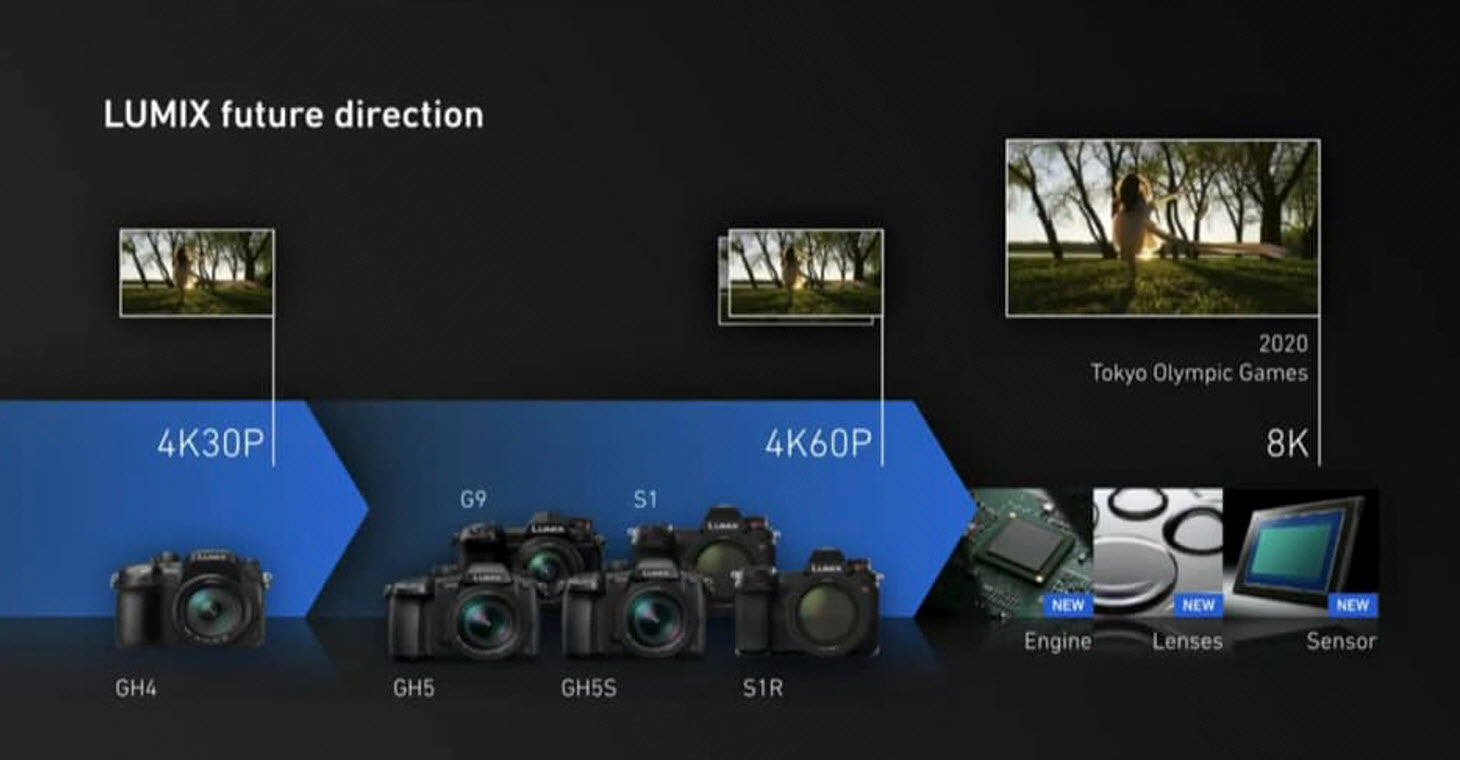 It’s quite a premiere for Panasonic to go with the XQD format, which is going to be right next to the SD card slot. XQD cards ease the fast shooting speeds so one can only wait to see how the S1 and S1R are going to perform for fast frame.

This type of features turn the new models into professional-level options so they should be able to take the intense use as well. The weather sealed build and the ability to work in really cold conditions are only some of the features that turn these new models into great options for the wildlife photographers.

What’s to mention about the lenses?

Both Lumix S1 and S1R are the results of the productive work with Leica and Sigma, so we should expect new lenses as well. It seems that Panasonic is also going to make 3 native Lumix S lenses available (24-105mm, 70-200mm and 50mm f/1.4). we’re not sure about the zoom lenses just yet.

In addition to this, there are a couple of Leica SL and TL lenses which are going to work with the new models but you should be prepared to open your wallet big.

One of the most intriguing part related to the new models is the Sigma involvement. The optics company is going to make lenses addressing the S series in 2019. This is one of the reasons for which we think that the launch date isn’t that far away, after all. We’re also thinking that some adaptors are going to help various manufacturer lenses to use with the new system as well.

Truth be told, we’re actually going through a storm in the full-frame mirrorless cameras. From just one player in the market (Sony), now we got 4 of them (Sony, Canon, Nikon and Panasonic). Unlike its competitors, Panasonic has tried to create two models that stand out from the market with their build and size.

This is why we truly believe that the S Series is going to find its enthusiasts among the pros. Heavier, chunkier than the Nikon Z7, the new S1 and S1 R are going to look a lot more obvious. They’re both going to have a secondary memory card slot and also give you the possibility to capture 60p video in 4K.

However, we believe that Panasonic is going to need some time until the pros are going to see the Lumix as they’re no.1 option. Even though it has its fans in the video market, when it comes to stills market, the G series only pleases the amateur enthusiasts.

Leica D-Lux 7- We Cannot Wait for It